The day dinosaurs came to school! Thank you to the PTFA for funding such a wonderful experience!

A great effort from our team of KS2 children, competing at the 2nd Mid Wilts Cross Country event in Biddestone, October 2018. 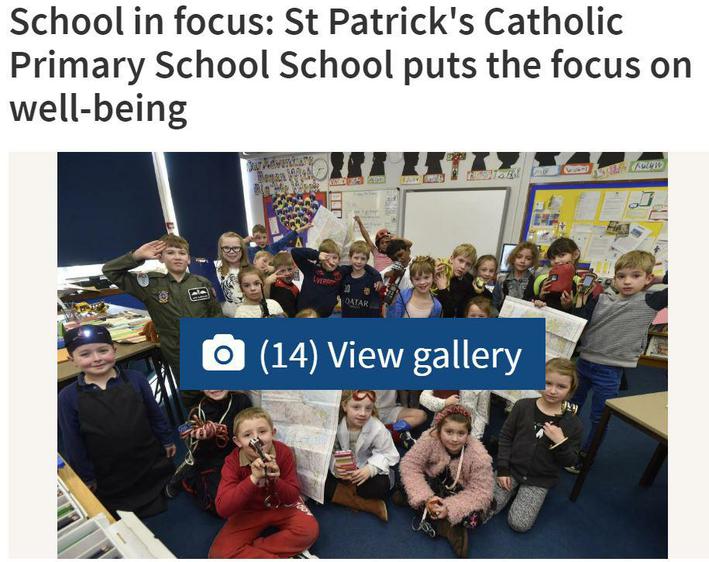 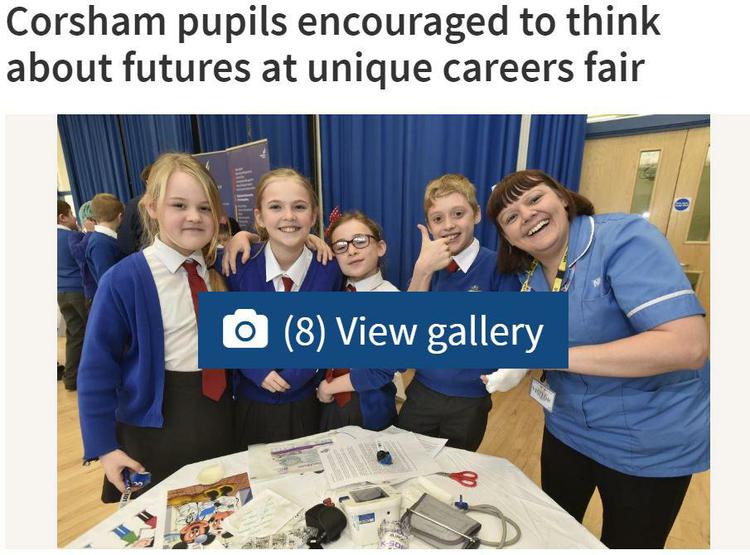 Read more from This Is Wiltshire's 'Schools in Focus' about Saint Patrick's Big Me Week and our focus on well-being by clicking on the pictures or clicking here.

Read more from the Gazette and Herald's report about Saint Patrick's Careers Fair by clicking on the pictures or clicking here. 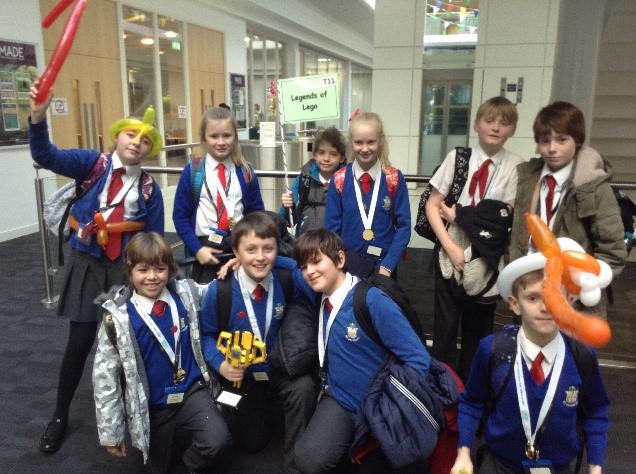 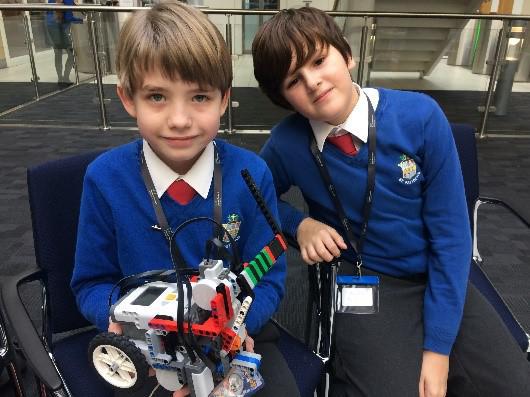 On Wednesday 11th January, a team of 10 Year 6 Lego engineers (Henry, Jakub, Jimmy, Leo, Isabella, Phoebe, Maia E, Finn Q, Kacper and Leighton) travelled to HP Labs in Bristol to take part in the annual First Lego League competition with 22 other teams. The team had been spending 3-4 lunchtimes per week since Term 1 in preparation for the competition so spirits were certainly very high!

The day was divided into 4 main competitions: Robot Performance, Project, Core Values and Robot Design. This year the theme was ‘Animal Allies’, looking at how humans and animals can have a positive impact on each other’s lives. In the morning the team presented their project to a panel of judges and two other teams. They identified through their research that baby turtles often lose their way to sea after hatching, with on 1 in 1000 hatchlings making it to adulthood. Their solution was an app called Turtle Allies, which would allow members of the public to report any issues they noticed to local conservation groups. The presentation was slick, the team answered questions well and the judges seemed impressed! 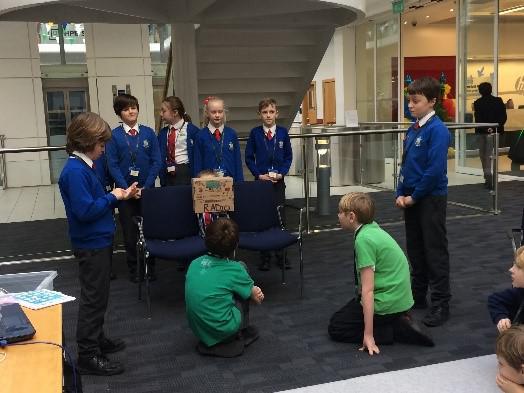 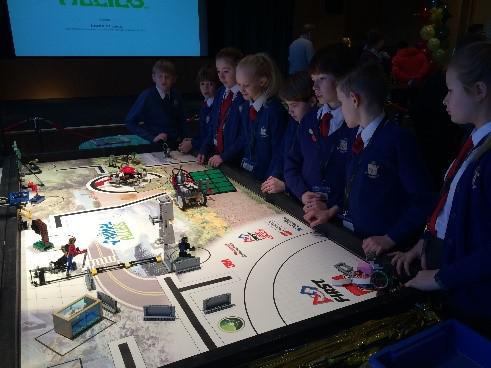 After that, the team took part in timed runs for the Robot Performance competition. This involved pairs of children running a robot they had built for 2 ½ minutes to achieve specific goals using pre-written programs. Obviously, as with all technology, things can easily go wrong, and the team had their fair share of challenges – especially when under pressure to get a higher score than other teams! Each pair kept their cool and remembered what they had practised (especially what to do when things didn’t work!), making it through the heats, then the quarter-finals, then the semi-finals and then into the finals!

Finally, they were face-to-face with a team which had the highest scoring robot of the day, so some team support, cheering and advice was definitely needed! After a tense and difficult finals the scores were announced – Legends of Lego were the winners! With bright smiles and a brand new Lego trophy to display in school, the team packed up and headed home, delighted with the results of months and months of hard work. I was delighted with the team spirit, support and kindness we saw from the team throughout the day and even if the team hadn’t won a trophy, they still would have been winners in our eyes.